For most closely held business owners, the business is their primary asset. If you own a business, it is critical that you and your advisors design a comprehensive plan; from the starting point of choosing the type of business entity, to the eventual exit strategy and plan for business succession.

Most closely held businesses fail to make it to the next generation due in large part to the failure of a business owner to plan properly. Business owners face a multitude of questions about the best way to structure, preserve and pass on a business. These include: What is the best choice of structuring the ownership of the business (entity type vs. sole proprietorship)? Who will manage and control the business after an owner has exited? How to keep ownership of a business within the family if marital problems arise? How to raise funds and structure the purchase of the business? How to maintain peace and harmony among family members who are given control of a business and those who are not actively involved? How to treat family members fairly when not every family member desires to participate in the continuation of the business? How to structure an appropriate exit strategy when an owner desires to transition from a focus on business to a focus on family and other interests.

The answers to such challenging questions combine with the client’s other personal and tax driven motives to form a unified plan that assures the best outcome for achieving family harmony and fairness, while maintaining the viability of the business infrastructure.

When it comes time to exit the business, some common options available to an owner are:

If you are a business owner, we welcome the opportunity to learn about your long-term goals and objectives and stand ready to assist in developing a customized business plan strategy to address your key concerns.

What are the most common forms of business?

What is a sole proprietorship?

When someone starts a business, they are a sole proprietor. For example, if Mary works as a nurse for a hospital, she is an employee; however if she comes home after work and helps her elderly neighbor with his medications, and that elderly neighbor pays her for her help, she now has her own business. If she does not incorporate, or form some other formal business entity, she has a sole proprietorship.

What is a corporation?

A corporation is an artificial person or legal entity created in compliance with state law. It may be owned by one or more shareholders who themselves may be natural persons or a legal entity. The law regards a corporation as having a personality and existence distinct from that of its owners or shareholders. A corporation can acquire, hold, and convey property; sue and be sued in its own name; and generally do all things in a legal sense that a natural person may do.

As a creature of state law, a corporation cannot do business in states other than the one that created it without first qualifying to do business in that state by complying with that state’s laws.

A corporation is subject to greater governmental regulation, and the statutory formalities respecting the formation and operation of corporations must be strictly observed. For a small business these may be nuisance factors that must be considered in determining the appropriate form of business organization.

I have heard about an “S corporation,” what does that mean and what is the difference?

An S corporation is an entity formed as a corporation under applicable state law for which an election is filed with the Internal Revenue Service to be taxed as an “S” corporation. The “S” refers to a sub-chapter in the voluminous tax code, but is often thought of as the “small business” corporation.

This election with the IRS results in the corporation being treated as a pass-through entity for federal income tax purposes. That allows the taxable income, gains, losses and expenses of your company to “pass through” to your individual tax return. You, and not the corporation, are personally liable for the taxes due, if any. You may also claim losses as deductions personally, rather than at the corporate level.

In general, the drawback of S corporations is the maze of complexity that shareholders and their advisors must consider in formation and operation.

There are many restrictions for an S corporation that do not apply to other pass-through entities. These restrictions include the following:

There are also restrictions on the capital structure of an S corporation. Although it can have a subsidiary, it must be a “qualified subchapter S subsidiary,” generally defined as a 100% owned corporation that is not otherwise ineligible to be an S corporation. Where the applicable election is made effective, the subsidiary is not treated as a separate corporation.

What is a C Corporation?

Unlike an S Corporation, the net income of a Subchapter C Corporation (“C Corporation”) is taxed at the corporate level first before being taxed at the individual level. Many large companies are Subchapter C corporations. You may have unlimited shareholders; and a variety of types of people and entities may own stock in a C Corp.

What is a Limited Liability Company?

A Limited Liability Company (LLC) is a non-corporate business entity created per state statute. Structured properly, it provides personal asset protection for the business owner while still allowing the pass-through advantages of an S Corporation. Unlike an S Corporation, it does not generally have limits on numbers or types of members. (In a LLC, the owners are called members, whereas in corporations, they are called shareholders.) The LLC may have less cumbersome financial and reporting requirements, but that varies from state to state.

What is a Partnership?

A partnership is when two or more people conduct a business venture that is not established as a corporation or LLC.

What is the difference between a General Partnership and a Limited Partnership?

A General Partnership exists anytime one or more person runs a business. No formal filings are required with the state and all partners are joint and severally liable for any business activities. In addition, the income and expenses of the partnership pass through to the individual partners.

A Limited Partnership is a creature of state statute, meaning you must file formal papers with the state in order to have this type of partnership. It does require more than one person, but unlike the general partnership, you can limit your liability as a partner to your contribution to the partnership. It is also a pass through entity.

What types of entities provide the best asset protection?

In the middle of our asset protection line, we would place corporations. Corporations do provide limited liability protection, meaning you will not lose your personal assets to a corporate liability and you are generally not personally responsible for corporate debts. Following the proper procedures however is the key. Corporations typically require formal filing requirements; proper notice of meetings to all shareholders; annual meetings; annual minutes; election of officers, etc.

If you fail to meet these requirements, a creditor may be able to invalidate your corporation by “piercing the corporate veil.” This means if they can prove you did not act like a corporation by meeting formal requirements, they can go after your personal assets. In addition, if you are sued for a personal liability, such as you causing an accident outside of company business, you can lose both your personal assets and your corporate assets.

Furthermore, the judge in a lawsuit can award your stock to a creditor. If you own all or a majority of the stock, this would allow the creditor to liquidate your company, as well as all of your personal assets. Corporations do provide good asset protection, but they are not the best entities.

On the right side of our asset protection line would be properly structured LLCs and Limited Partnerships. Established in the right jurisdictions, these entities can be structured in a way where they provide the best asset protection for families and/or individuals domestically. This strong asset protection is created by state statutes that allow a creditor to collect personally from a partner or member only through a charging order.

What is a charging order?

A charging order is a legal remedy available under certain state statutes for creditors of limited partnerships and LLCs. If a member or partner has an outside liability, which simply means he causes liability with a non-business asset (such as a car accident while not working or a slip and fall at his home), the court has no ability to force the LLC or LP to liquidate its interests and pay the creditor.

In traditional lawsuits against an S or C corporation or general partnerships and sole proprietors, a court can have the creditor “step into the shoes” of the owner and force a liquidation of company assets. With a charging order, all the creditor can do is wait for a partner or member to take a distribution from the entity, at which time they can collect against that member or partner. The problem for creditors is they do not typically want this remedy. It can create a “phantom income” problem for them.

Are certain jurisdictions better for asset protection, and if so, which ones?

Yes, certain states have intentionally written their laws to be a safe haven for business owners and for people wishing to protect their personal assets. Other states have written their laws to create the least amount of tax to the business owner. Some of these states include Wyoming, South Dakota, Nevada, Delaware, Texas, Florida, and Oklahoma. Other states may also be favorable. It is best to discuss the various jurisdictions with a qualified attorney prior to creating your entity.

If I do not live in these jurisdictions, can I still form my business in these states?

Yes, you can form businesses in states in which you do not reside and operate these businesses normally. You will likely need to hire a local company or attorney to act as your registered agent to satisfy state law, but that is generally a minimal expense.

Are there reasons for using business entities for estate planning?

Yes, business entities can be used for estate planning for a variety of reasons. Some of these reasons include:

What is a buy/sell agreement?

A buy/sell agreement is an agreement among owners of a company regarding issues such as the sale of the business in the event of the death, disability or divorce of an owner, and the proper value of the business if one owner wishes to sell their interest in the company to another.

If You Fail To Plan, You Are Planning To Fail.
Benjamin Franklin 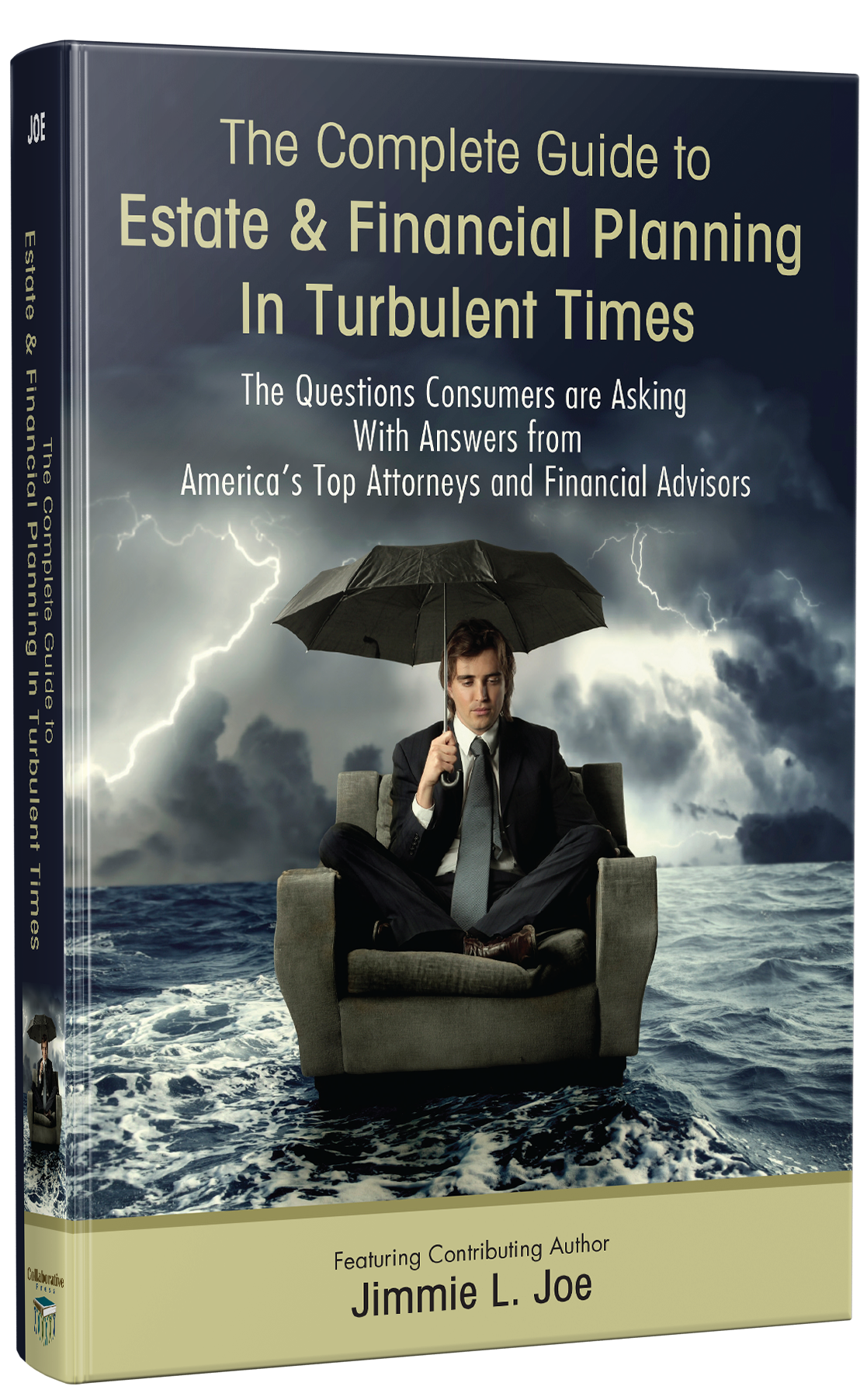 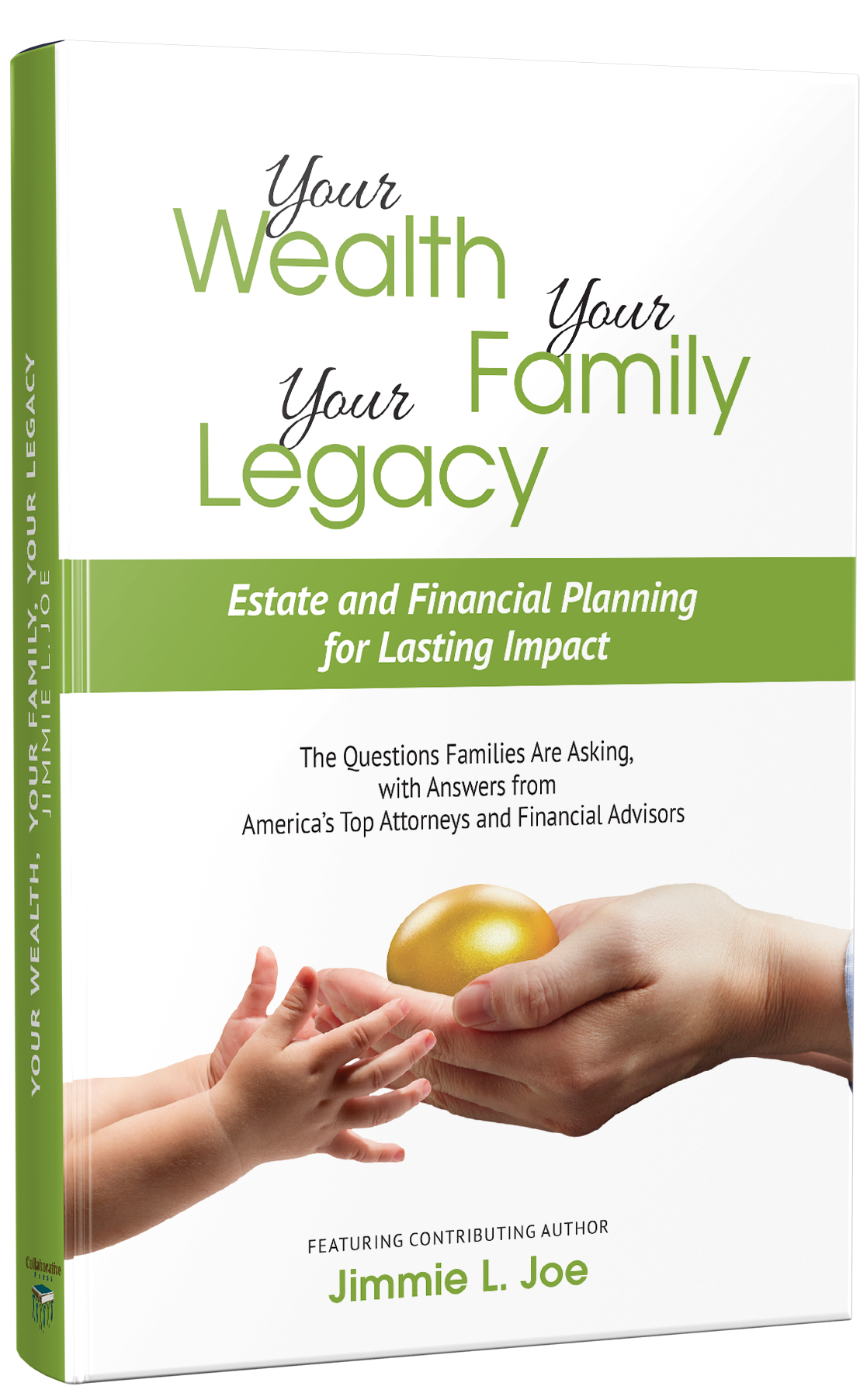 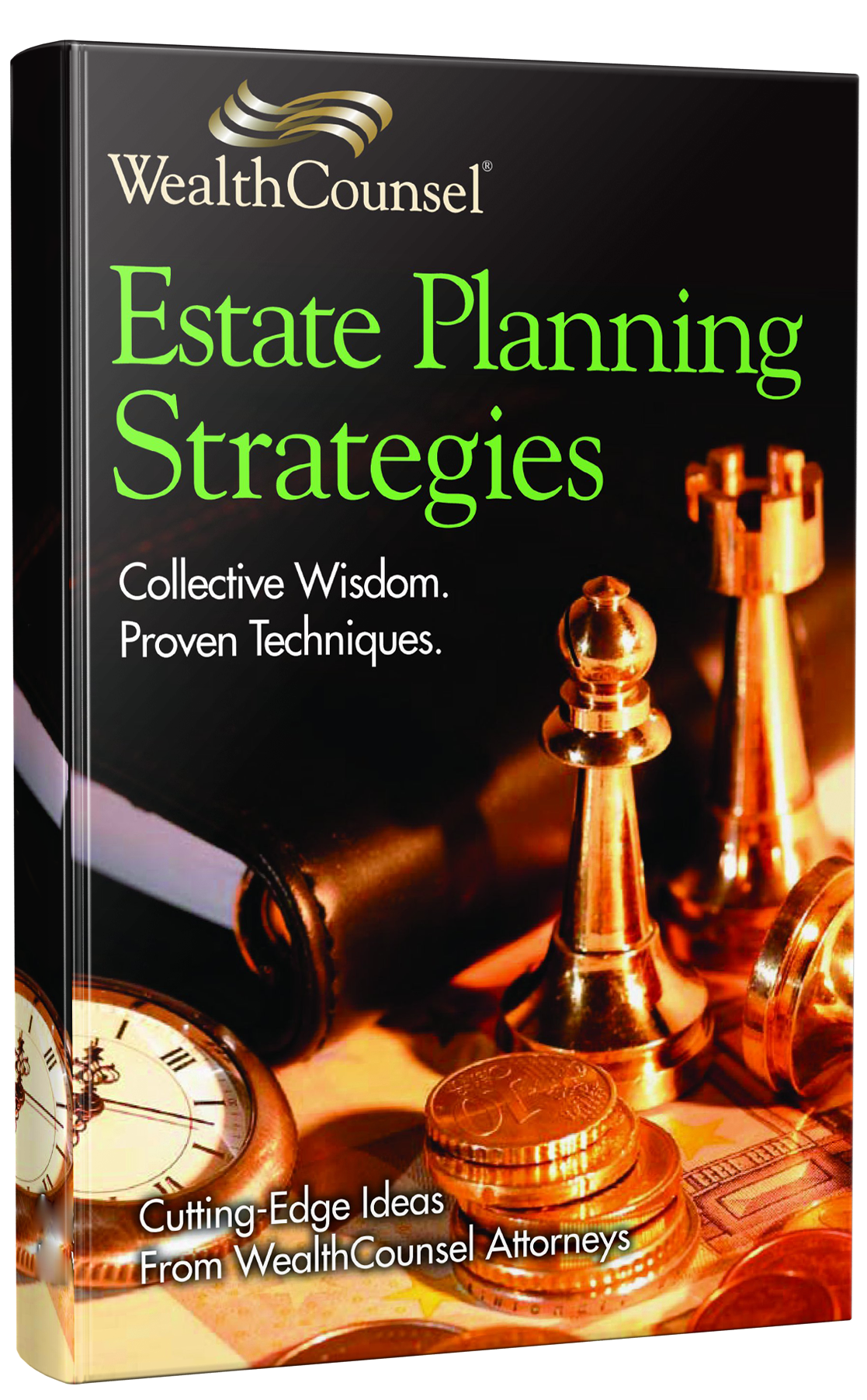 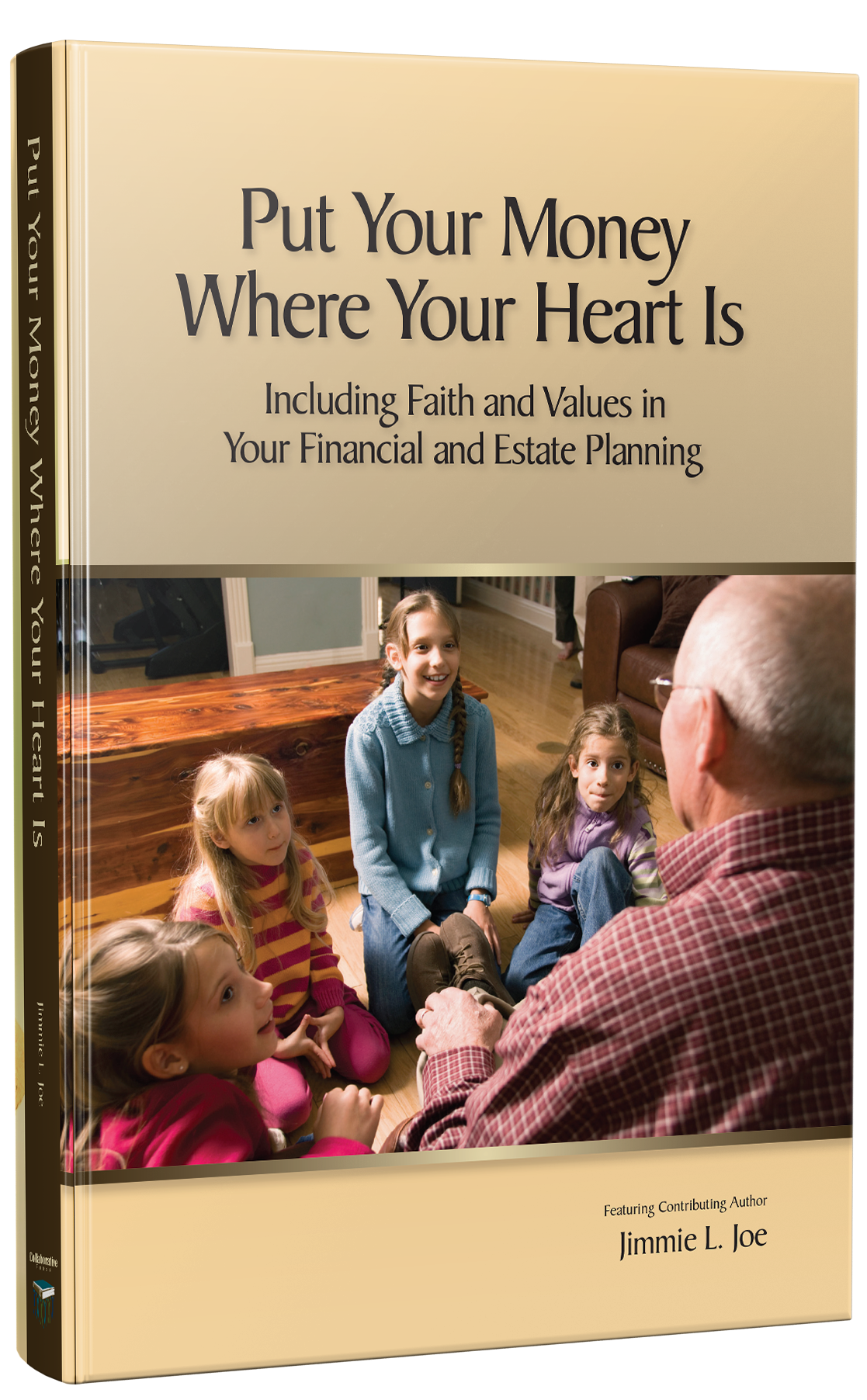